Nine souls were baptized in San Patricio, a suburb in the municipality of La Paz, province of Agusan del Sur, Philippines, on August 7, 2021, by Pastor Joseph Suganob, Sister Elisabeth Tibay reported on her Facebook profile. According to the report, 200 church members attended the event.

San Patricio, called barangay as well, namely the smallest administrative division in the Philippines according to the local tradition, has a population of 1 171 citizens, while the municipality of La Paz, located in the region Caraga, includes 30 969 citizens on a land area of 1 481.12 square kilometers. 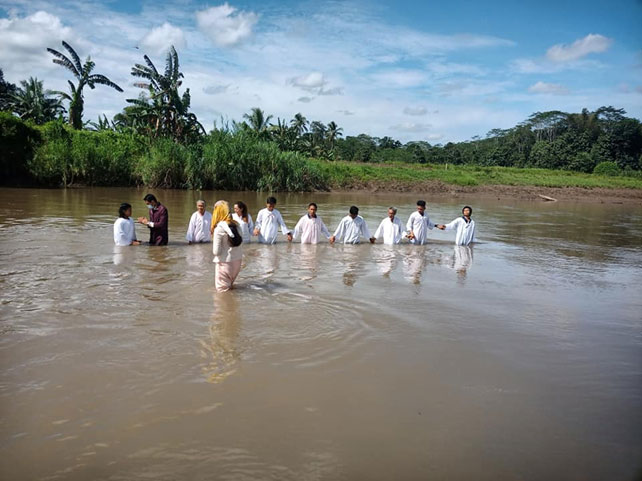 The moment just before the baptism;
a photo from the personal archive of Sister Elisabeth Tibay on Facebook.