Two Souls Baptized in Capo Verde in May 2021

Two souls, a brother and a sister in the faith of Jesus, were baptized in Capo Verde during the fifth Christian congress held from May 7 to May 9, 2021, in this country, brother Nestor Loaiza reported via e-mail today. The baptized souls, brother Cosmo da Mata and sister Andreia da Mata, are married couple, brother Loaiza added.

Earlier, on February 5, 2021, two more souls were baptized in Capo Verde as well.

Capo Verde, an archipelago and island country in the central Atlantic Ocean, consisting of ten volcanic islands with a combined land area of about 4,033 square km (1,557 sq mi), is named after the Cap-Vert peninsula, on the Senegalese coast which includes Dakar, the capital of Senegal. 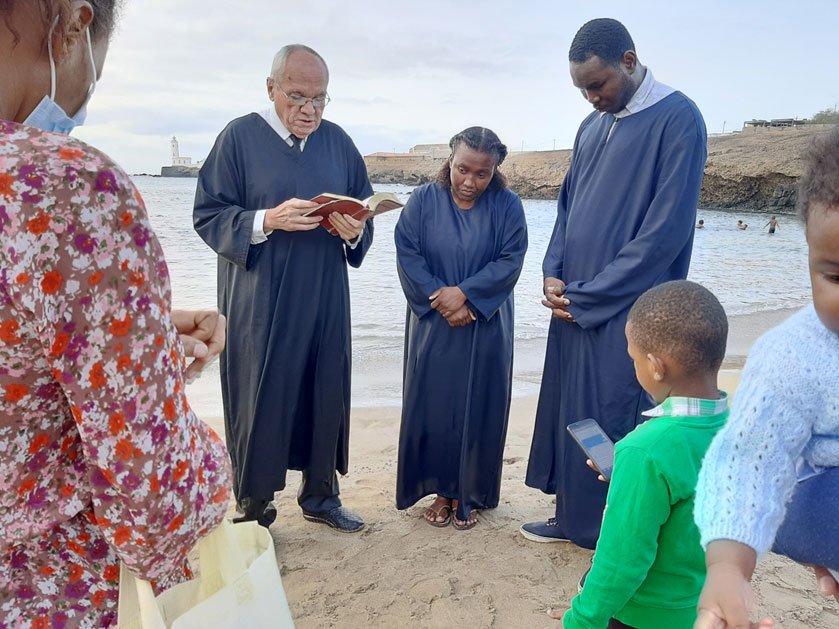 Just before the baptism;
photo from the personal archives of brother Nestor Loaiza.