Two more souls were baptized in the town of Ashaiman, the Greater Accra Region of South Ghana, Africa, on July 2, 2022, by consecrated elder Louis Joe Mensah, Brother Samson Abukari announced via e-mail on July 16, 2022. Ashaiman, the capital of Ashaiman Municipal District, a district in Greater Accra Region, has a population of 298,841 inhabitants according to World Gazetter in 2013.

Ashaiman (which means ‘the town of Ashai’) was founded by Nii Ashai, a royal from the Naa Amorkortse Royal family of Tema, who spent most of his lifetime in Koforidua and got married there, and he was a friend of Nii Atanya, a fisherman from the town of Tema in the 17th century who came to farm in the area when the fishing season was over. Nii Atanya brought Nii Ashai to the village and Ashai wanted to remain there and to continue farming because of the good harvest.

Today, Ashaiman became one of the viable destinations for business and the crime rate declined vastly due to the influence of the current economic activities in the community. Furthermore, Ashaiman is also known with Ashaiman Senior High School, founded in September 1990 by the Provisional National Defense Council, that began with 39 students and two teachers, offering courses in General Arts, General Science, Agriculture, Business and Visual Arts, but today it reached a team of about 1,400 students and 104 teachers. 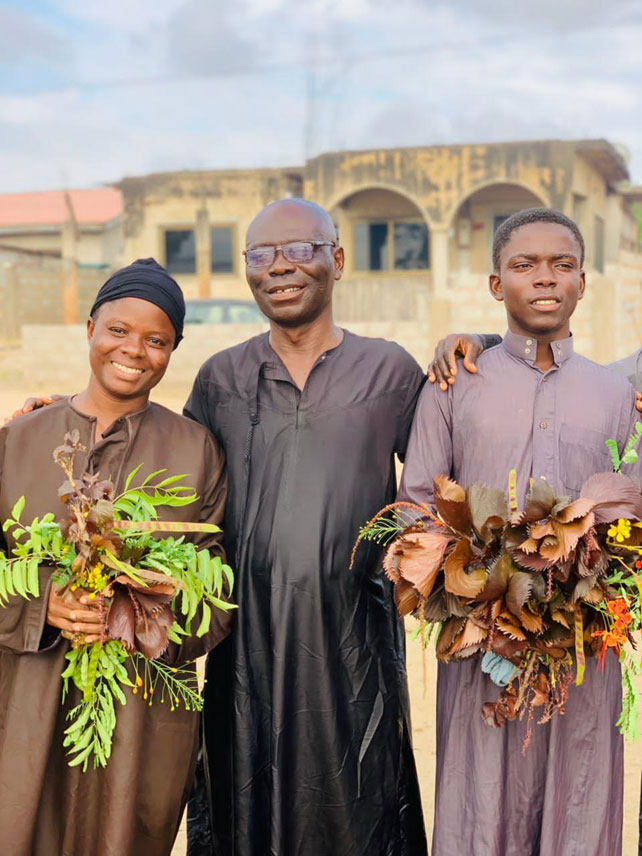 Just before the baptism; a photo from the personal archive of Brother Samson Abukari.