One More Soul Baptized in April in Milagro, Ecuador

One more soul, our sister in the faith of Christ Elisa Marlene Cerezo Girlindo, was baptized by Pastor Oscar Raymond Rosales Correa in the river Los Monos in the city of Milagro, Ecuador, on Sabbath, April 9, 2022, the Facebook web-site Reforma Visión reported. Sister Elisa Marlene Cerezo Girlindo belongs to the local church of Nueva Unida Sur, a residential quarter of the city of Milagro, Ecuador,  Reforma Visión added.

San Francisco de Milagro, known also as Milagro, the seat of Milagro Canton, Ecuador, is the second largest city in the province of Guayas with its 180 103 inhabitants, as of the census of 2007. Denisse Robles, the first female mayor of the city of Milagro and the youngest mayor of Ecuador, who assumed office in May 2014, pledged to get a city railway station and to improve the coverage of Milagro’s drinking water. 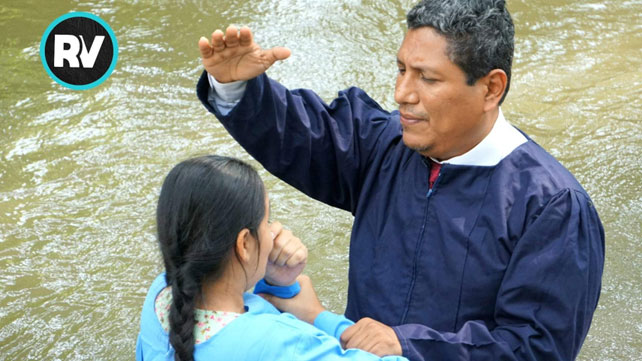 Just before the baptism; a photo by Reforma Visión.