Kibaha Berea Adventist Institute was inaugurated in Dar Es Salaam, Tanzania, Africa, on March 29, 2022, Pastor Pablo Hunger, Leader of Evangelism Department at IMS, announced on Facebook. In addition, 97 participants from different countries took part in the international evangelistic symposium held at the end of March and in the beginning of April 2022, because the borders were opened for traveling, Pastor Tzvetan Petkov, General Conference President, confirmed today, on April 9, 2022. Furthermore, Africa Division Conference was organized.

Dar Es Salaam whose name literally means ‘Place of Peace’, often known as Dar, the largest city and financial hub of Tanzania, as well as the largest city in East Africa and the seventh largest in Africa with its six million inhabitants, was founded by Majid bin Said, the first Sultan of Zanzibar, in 1865. 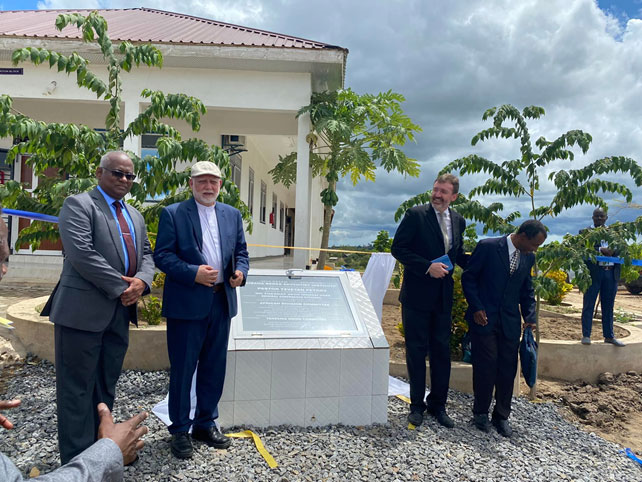 The inauguration of Kibaha Berea Adventist Institute; a photo from the personal archive of Pastor Pablo Hunger on Facebook.