The German Union, part of the European Division at the International Missionary Society (IMS) of Seventh Day Adventist Church – Reform Movement, created a web site whose name – www.jesuskommtbald.de – reminds of the soon Christ’s second coming, because the English translation of this name is ‘Jesus comes soon’.  The web site contains series of video clips dedicated to different Christian subjects, such as the ‘Bible Prophecies’, ‘The Signs of the Time’, ‘Europe’s Future – Foretold’, ‘The Time of Judgment’, ‘What Will Happen to the Humanity’, ‘The Battle between Good and Evil’, ‘The Meaning of Life’ and ‘Corona, Climate Crisis and Sunday Law’. All the videos are in German.

In addition, the German Union organizes Christian online Sabbath worship meetings on https://reform-adventisten.net/live/. This is a very proper missionary event, because some countries in the German cultural area, such as Austria, for instance, introduced obligatory measures against the Corona virus, including the so called green certificate, a proof that the person is either vaccinated, tested or recovered. 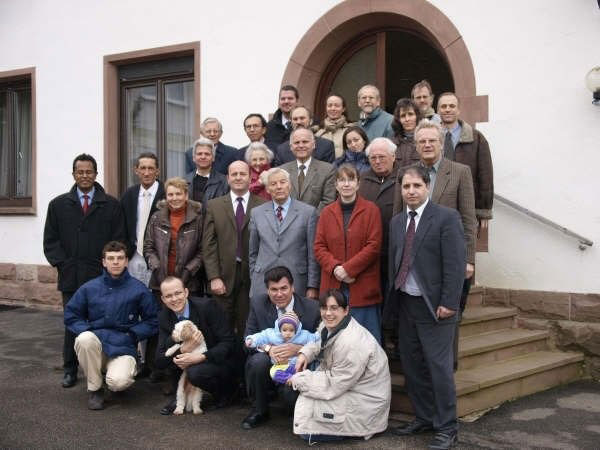 The officers of the German Union;
a photo from the personal archive of Pastor Gustavo Castellanos on Facebook.