Vanya Angelova, a Bulgarian poetess who lives today in Thessaloniki, Greece, wrote yesterday, on October 6, 2021, the following post on her Facebook profile: “About the last three -four days: A young man was sentenced for the murder of his girl friend and their child. A son murdered his parents. A son murdered his father. What happens? What happens?!” The answer of this important question is that we see today the fulfillment of Christ’s prophecy about the end time written in Matthew 10:21 and Mark 13:12 - “Brother will deliver up brother to death, and the father his child. Children will rise up against parents and cause them to be put to death.”

Christ, our Lord and Savior, mentioned this prophecy as answer to His disciples’ question when the destruction of the temple in Jerusalem would be, but He considered obviously this event as symbol of the end time. Today we could understand that this prophecy was a sign with double fulfillment. We should be thankful to the Lord for His protection and grace and apply His instruction in Ephesians 5:15-16 - “Therefore watch carefully how you walk, not as unwise, but as wise,16 redeeming the time, because the days are evil.” 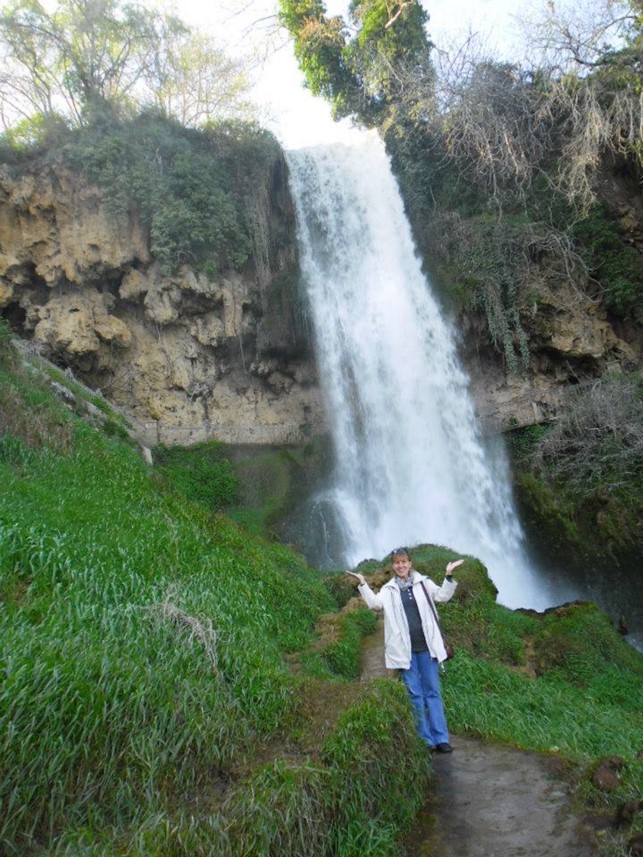 The poetess Vanya Angelova in Edessa, Greece (the original Bulgarian name of this city is Voden);
a photo from the personal archive of Vanya Angelova on Facebook.