Five Souls Baptized in September This Year in Kibungo, Rwanda

Five souls were baptized on September 29, 2019, at the city of Kibungo, Rwanda, Pastor Ngoboka Steven who performed the baptism, reported. According to Pastor Ngoboka, earlier, on August 31, 2019, his trip from DRC Kinshasa to Kisangani via Rwanda was not successful, because it was not possible to cross the border due to the signs of the affecting disease of EBOLA. In addition, as of the month of August 2019, Pastor Ngoboka took care of the needs in Rwanda Field. The activities of the missionary included making reports to the authority regarding the churches which have already fulfilled the requirements of restoring, as well as making correction concerning the registration and finding the certificate of the church’ unregistered plots.

Kibungo, the political, administrative and commercial capital of Ngoma District, Eastern Province, lies in the southeastern part of Rwanda, along the main road (B3) from Kigali in Rwanda, to Nyakasanza, in Tanzania, approximately 73 kilometres (45 mi) by road southeast of Kigali, the capital and largest city of Rwanda. 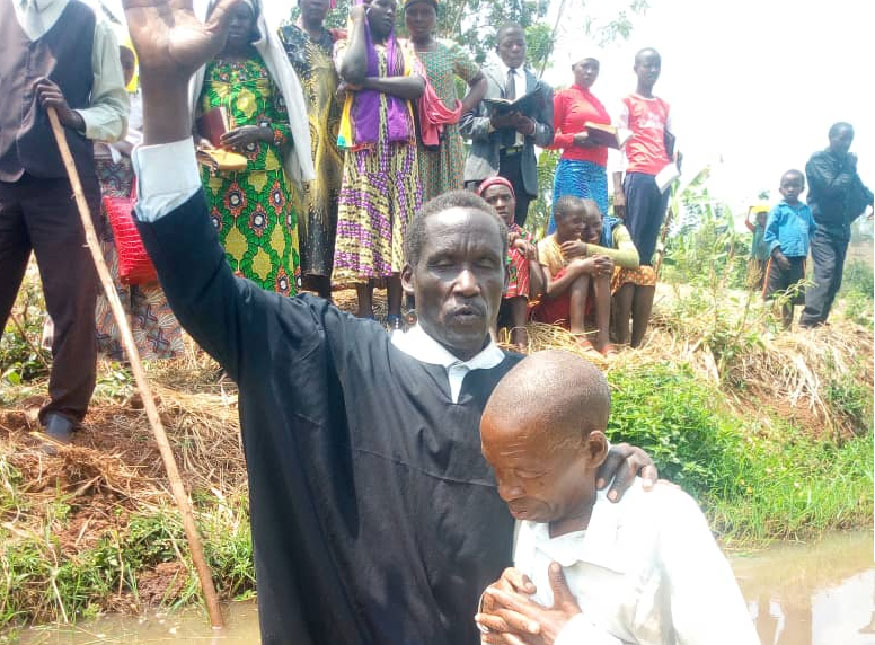 During the baptism in Rwanda.