Our sister in Christ Elena Taneva who lives in Tamuning, a village located on the western shore of the United States territory of Guam, an organized, unincorporated territory of the United States in the Micronesia sub-region of the western Pacific Ocean, climbed the 5364 m Everest Base Camp to witness the Everest Marathon 2022, the world highest marathon, her Facebook post confirmed. According to the tradition, the Everest Marathon 2022 was organized on May 29, 2022. “It was very hard, but very beautiful!”, Sister Elena Taneva revealed regarding the event on her birthday, June 1, 2022. It is remarkably that the 2023 Everest Marathon will be called "New Higher Mount Everest Marathon" to celebrate the new increase of Mount Everest Height (8848.86 m) after the 2015 Earthquake in Nepal. The initial height of Mount Everest was 8839.2 m. 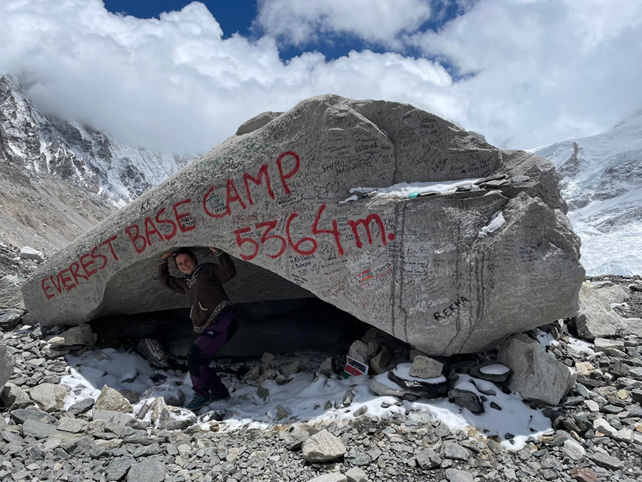