Brother Joseph Manov, consecrated elder from Turkey, experienced a miracle from God for the second time in his life when he was able to walk again with crutches after both his leg and pelvic bone was broken in a dangerous road traffic accident (RTA) in Izmir, Turkey, on November 10, last year, at 7:30 pm, his wife, Sister Krasimira Manova, reported. In the evening, when elder Manov, servant of God in Turkey at IMS, was riding a motor bike with three tires, he was hit by the car which transported the most powerful judge in Izmir, Turkey. Because of the strong crash, the Christian elder was pushed out of the motor-bike and he fell on the ground, and the surgery regarding both his broken right leg under the knee and his pelvic bone was performed on November 23, 2021, Sister Krasimira Manova added. The gypsum and the wires were already removed and the control examination was planned for January 20, 2022. Elder Joseph Manov needs our prayers, because the Word of God states: “Pray for one another, that you may be healed” (James 5:16).

For the first time, Brother Joseph Manov experienced the miracle of God after his baptism in the late 1980s in Bulgaria, when he, being dumb until that moment since his work period in Soviet Russia (because his head was hit by falling crane metal part during crane repair on Sabbath), began to speak in a loud voice. 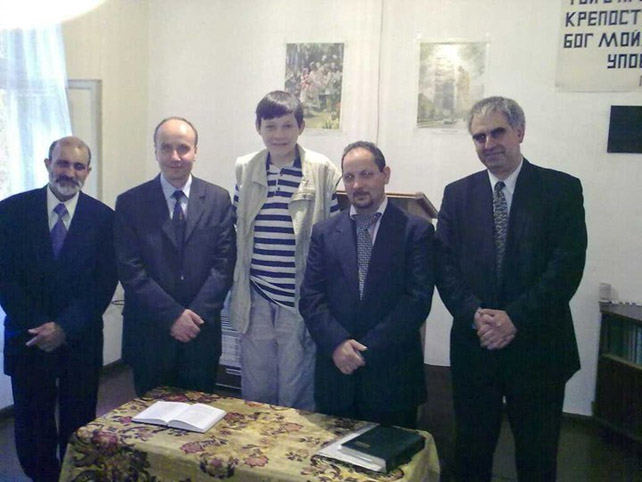