One soul, a Sister in the faith of Jesus, named Boyka Peneva, was baptized yesterday, on September 25, 2021, in the lake near the village of Chepintzi, a suburb of Sofia, Bulgaria, Sister Eva Kircheva, Bulgarian Field Secretary, reported. Pastor Dimitar Vlachkov, Bulgarian Field President, performed the baptism of Sister Boyka Peneva.

There was an interesting experience of Pastor Tzvetan Petkov, General Conference President, who, 35 years ago, was seeking a student quarter flat in Sofia, Bulgaria, and prayed to God to help him to find a flat whose lessor a true Christian family was. And Brother Petkov found the offer of Sister Boyka Peneva at that time. Later on, tragic family events separated Sister Boyka Peneva from the church, but since last year she visited the Sofia local church at IMS and expressed her wish to come back to the church and to be baptized for the second time. 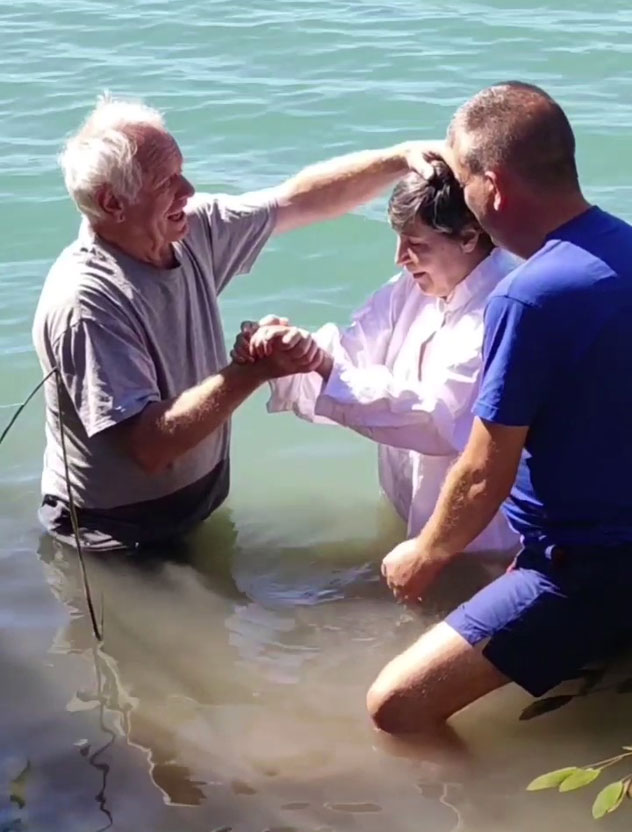 Pastor Dimitar Vlachkov, together with Sister Boyka Peneva and Brother Ivan Kirchev, just before the baptism;
a photo from the personal archive of Sister Temenuzhka Zhekova.