One more soul, a brother in the faith of Jesus, was baptized yesterday, on March 26, 2022, in Namibia, a country in Southern Africa, and Lord’s Supper was celebrated, Pastor Pablo Hunger, Leader of Evangelism Department and Division North America - Caribbean at IMS, announced on Facebook. In addition, missionary seminars were held both in Namibia and Swaziland, officially the Kingdom of Eswatini, a landlocked country in Southern Africa, where an evangelism conference took place as well.

Pastor Pablo Hunger, son of Pastor Gerhard Hunger who served faithfully the Lord many years as Christian missionary and Leader of Evangelism Department at IMS, was born in Argentina, where he successfully completed the Missionary School at IMS. Later on, Pastor Pablo Hunger served the Lord successfully in Austria. After his election as General Conference Secretary at the General Conference Delegates’ World Assembly in Ellecom, Netherlands, in 2002 Pastor Pablo Hunger had to move to Cedartown, Georgia, USA, where the headquarters of IMS was located. 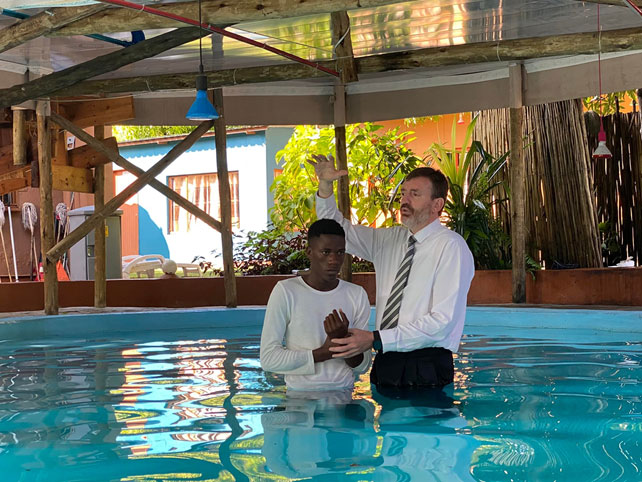