by Caress Prado |
Bachelor of Music in Choral Direction | Chile 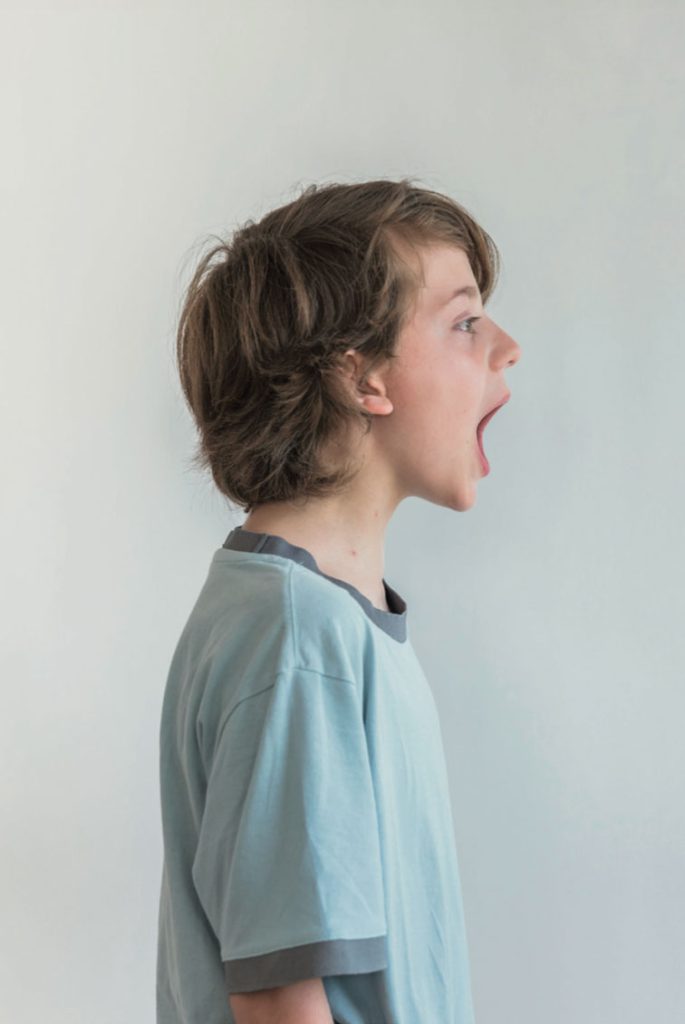 Have you ever had a problem student? I have. Many problem students, I would say. You will find them everywhere, at all educational levels, no matter if you work in a public school or in a private academy of high recognition. Problem students are there to challenge you, to test your patience and make you wonder every day if you have chosen the right career. Every day they come with their minds filled with new ways to make your life impossible. If you let them, they take control of your class and your life.

But beneath that restless little body, there is a child who is suffering—from a broken home, a struggling family, busy parents. And, if you get to the bottom of the problem, you will have solved most of it!

I have in my memory the face of my first problem student, the type of child that you never forget. We will call him Luis.

I was working as a teacher in a private music academy and was in charge of a noisy group of about fifteen children aged 6-7. We had a lot of fun while learning about musi- cal notes, rhythm, tuning, and the musical staff. I enjoyed every second of my class, and every hour at the academy was a delight for me. But there was one child, only one, who did not seem to enjoy my class. Sitting in the back, frowning, he seemed to say that studying music was the last thing he wanted to do in his life. With his arms crossed, he looked at me defiantly the first time I asked him to sing a piece of the song we were learning. “I don’t want to, and I’m not going to,” he said. I was stunned. How could a child of only seven have such a bad temper? I left him alone, but I watched him for the rest of the class. Not only did he not want to do anything, but his bad behavior was spreading to the other kids. I was really worried at this point. I decided to talk to the principal of the academy. After all, I was just a university student, lacking experience in how to handle cases like these.

The principal sighed as soon as she saw me come in, as if she knew where the conversation was headed. Before I started talking, she said, “Teacher, I know why you are here. You are the third teacher we’ve hired, because the previous ones have quit, and all because of Luis. You are his last hope. If you can’t handle the situation with him, we’ll kick him out of here. But please don’t quit! We’ve already talked to his mother; she won’t help us either. We don’t know what to do with him anymore!”

I then asked a very obvious question: “But, if he doesn’t like music, why is he enrolled in a music academy?” The answer was surprising to me: “His mother insists that he loves music. He spends his time at home playing drums, and he has a piano that he enjoys playing very much.”

I returned home that day thinking about Luis. It was obvious that he loved music. So then, what was the reason for such a bad attitude?

I decided to pay a little more attention to him in the next class. I watched out of the corner of my eye. I saw his feet moving, keeping time with such amazing precision. But as soon as he realized I was watching, he started throwing things and making ugly faces.

One hot sunny day, Luis reached his peak; he was particularly violent that day. Not only did he not want to do anything, but he was screaming and clenching his fists. Finally, he got up on a table. When he jumped on it, he broke it and fell to the ground. I was horrified to see a broken table, Luis on the floor, and the other children around him, screaming too! With the commotion, the principal arrived. I quickly explained to her what had happened, and, in a rage, she pulled Luis out of the class.

I asked her to call his mother, who would have to pay for the broken table. I finished my class as best I could, cringing about what was to come. I would meet Luis’ mother, who, from what I had heard, had a worse temper than her son. I also had to insist that she buy a new table, something impossible to accomplish, according to the principal. I rushed to the classroom and sat down, trying to remain calm.

I waited nervously for the arrival of Luis’s mother. She arrived at the principal’s office a little late, looking stressed and very, very angry. The principal sent her to my classroom. And there she arrived, hand in hand with Luis, and furious.

“Are you the teacher?” she demanded. “Yes,” I answered. “Have a seat.” She looked at me from top to bottom with contempt. My Christian clothes said it all. She did not want to sit down. She just shouted at me. “I didn’t come here to talk to anyone. You are all inept! How can you not take care of a seven-year-old child? How incompetent you are!” I was speechless for a few seconds, then managed to say again, “Have a seat, ma’am. I simply want you to tell me about your child. I want to get to know him better.” Obviously, this was an answer she didn’t expect. She stood there with her purse in her hand, but immediately all her anger disappeared. I watched as her face changed, and stutteringly she asked, “What?” I stood up and kindly pulled up a chair for her. “Take a seat,” I said amiably, “and tell me about Luis. How he is at home?” The lady sat down slowly, trying to recompose herself.

I took advantage of that silent moment, and spoke softly: “I just want to get to know your son better. You are his mother; I want to know him from your perspective.” For a moment she was silent. Then she spoke to me in rapture about how wonderful her child was: sweet, loving, well-mannered, well-behaved. She said he loved music, played with other children without problems, was never rude or violent, and so on. Inside me, I wanted to interrupt and ask her if we were talking about the same child, but I held back. I really wanted to help him. When she finished describing her perfect child, I looked her in the eyes and said, “I want to know your child as you know him. Please help me. How can I bond with him?” She looked at me with a pleased expression. When we finished the meeting, she gave me a big hug and said, “You are a good teacher. I am sure we are going to get along just fine!”

She then went straight to the principal’s office. From my classroom I could hear the conversation: “How much should I pay for the table? It was my son’s mistake. I apologize. By the way, you have the best teacher I’ve ever met in my life.” She paid what she owed and walked away wearing a broad smile. The principal called me immediately to find out what had happened. I was as shocked as she was. I hadn’t done anything special. I had just listened to Luis’s mother! How we all yearn to be heard!

From then on, Luis was the best student in the world. He changed completely. We came to understand each other in an indescribable way; his musical talent dazzled me. Luis was my best student, and when he graduated from the academy, he was ready to enter the music school of the city. He easily passed the admission exam and dedicated himself to the study of the piano. After that I lost contact with him and his mother.

Some years later, however, while visiting the music school, I passed by a room where a young man was playing the piano. From the door I could see him. I stood there, enjoying the beautiful melodies coming from his fingers. But something about him was familiar.

Suddenly, I felt someone touching my shoulder, and I heard a voice: “Teacher!” There was Luis’ mother, very excited to see me again after so many years. She hugged me lovingly and, pointing to the young man to whom I had been listening, said, “Look at Luis. He has made great progress!” I was speechless. Was that really Luis? The same Luis who broke my table? The same Luis who had been about to be expelled from the music academy? What would have become of him if that had happened? Luis looked up for a moment, distracted by his mother’s conversation. When he saw me, he immediately ran to the door and hugged me tightly. “Thank you, teacher,” he said. “You are the best teacher I have ever had in my life!”

There, with my eyes full of tears, I thanked God for having given me the right words at the right time, and for giving me the opportunity to choose such a wonderful career. When you decide to teach, you are going to meet many “Luises” in your life. It’s up to you whether you turn them into failed-and-expelled Luises, or piano virtuoso Luises. Listen to them, listen to their parents, but, above all, never give up!

by Caress Prado |
Bachelor of Music in Choral Direction | Chile